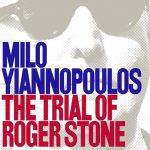 The Trial of Roger Stone (audiobook+)

Please note that the preorder for the paperback edition of THE LONG MOONLIGHT is no longer available. The book is now in print and is available through bookstores, including Castalia Direct ($14.99) and  Amazon (14.99).

It is also available in other formats: